Hydra and Spetses at your footsteps

Most of the Argosaronic Islands are in a size that most visitors may explore on foot.

The proximity of the Argosaronic Islands makes them particularly attractive for day trips and short breaks. Hydra and Spetses are ideal for short excursions and extended weekend breaks, just an hoursâ reach from the Athens capital.

Their natural scenery, picturesque villages and beaches, ancient monuments, architecture and history, are the perfect escape from the disturbing and congested metropolis. Celebrities and the jet-set have certainly frequented these two infamous islands.

The walking paths of Hydra

Most of your walking trails simply start from the port and main town of the island. It is one of the most picturesque sights in all of Greece. The European Union has stated that Hydra is the best preserved traditional settlement across the entire Europe. Although being built hundreds of years ago, it remains unchanged. If one looks at an engraving of the 17th century, you would think it has not changed anything.

Being on foot most of the time, all the sightseeing and attractions are just next to you while stroll around. Some of them, however, deserve your full attention, like the: 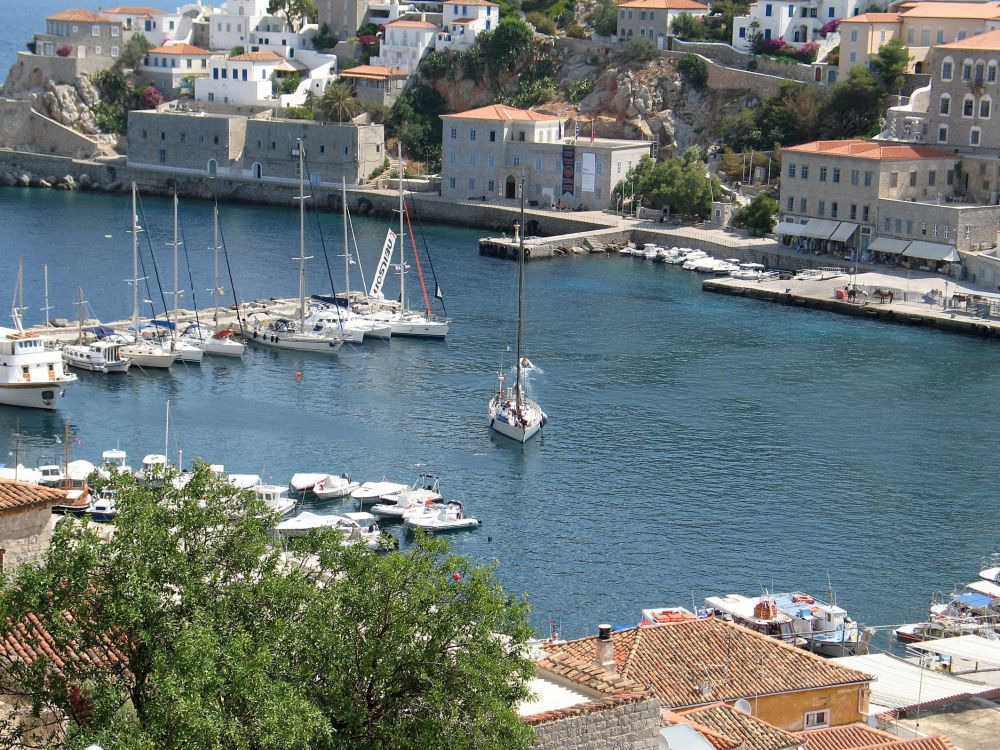 The main town is built in the shape of an amphitheatre on a slope overlooking the Argosaronic gulf full of traditional stone mansions, narrow cobblestoned streets, secluded squares and its 500 donkeys as means of public transportation.

On the right hand side of the port, you will find the small fishermanâs village of Kamini (with traditional taverns). Walking for 25 minutes on the coastline will get you to Vlychos, and after that, to Nisiza a beautiful small bay with a pebble beach (perhaps one of the best on the island). 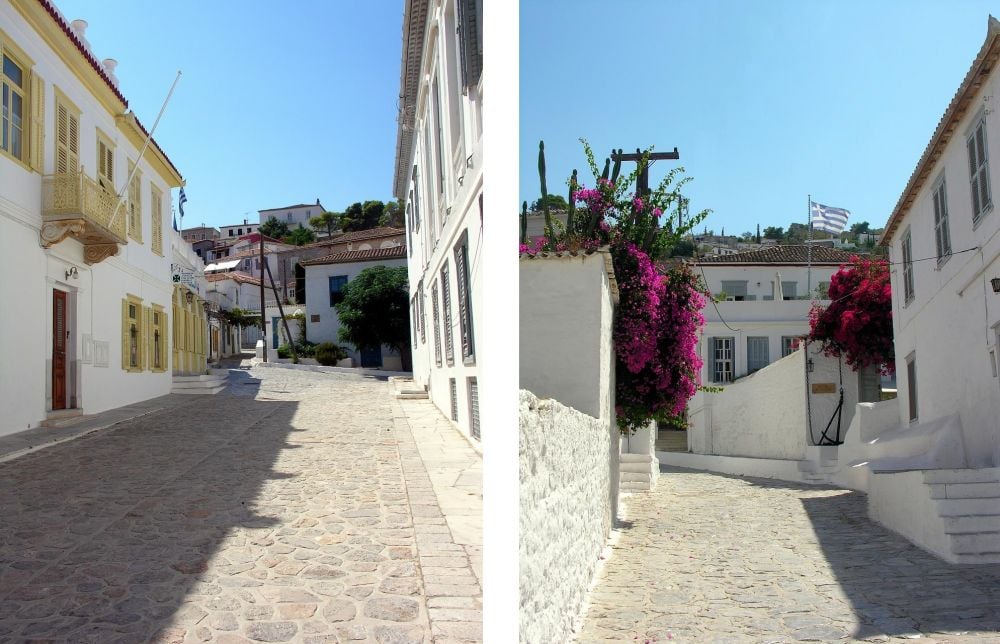 Spetses is the perfect place to enjoy a wonderful walk through cobble streets, discover its distinctive architecture, and admire the traditional stone mansions.
Start your walk in the main port of Dapia with the imposing Poseidonion Grand Hotel. This is a landmark of Spetses, which was first built in 1914 in the style of the Negresco Hotel in Venice and the Carlton in Cannes. The locals refer to it as âour acropolisâ.
In a short distance, you will come across the house of Sotirios Anargyros built in 1904, and the Museum of Bouboulina's. This is the authentic family house, one of the traditional stone mansions of the island, with a priceless collection of unique treasures. It is like time has stopped and you have become part of the history.

Following the coastal road towards the Old Harbour (Palio Limani), you will come across a short path that leads to the Monastery of Saint Nicholas which was built approximately in the beginning of the 18th century.

The seaside road is approximately 2 km, but well worth it. You will pass next to the traditional Spetses shipyards, which are the only ones in Greece that have been in operation constantly since the revolution of 1821. The shipbuilding tradition of Spetses is unequalled in the Mediterranean region. The wood is soaked in sea water for durability and all the materials used follow the traditional way of boat building. 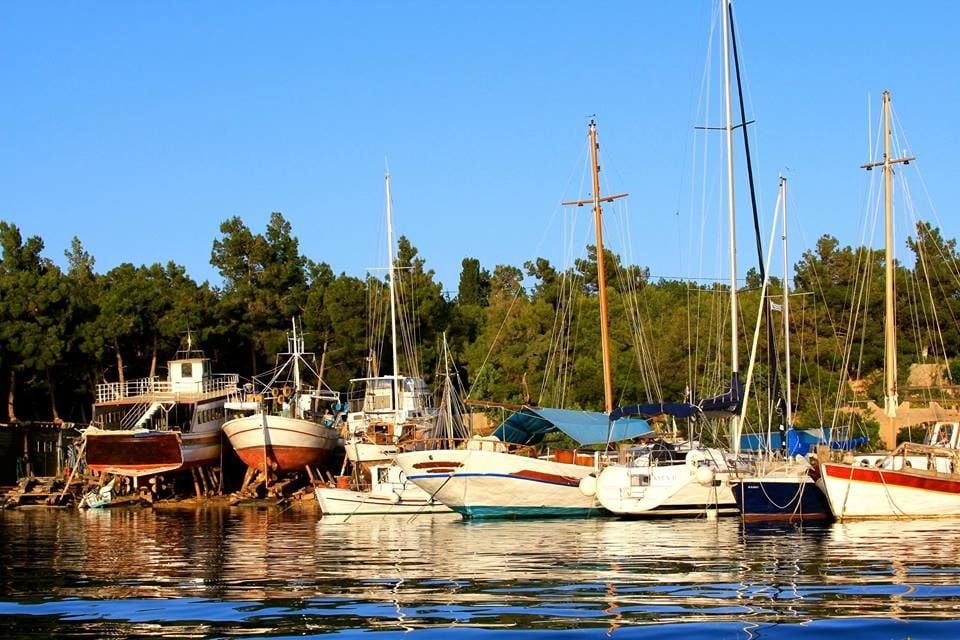